The Club’s ANZAC Centenary remembrance commenced on Thursday evening before ANZAC Day, when Club President, Richard Simon, explained the Club’s direct association with wars. Firstly, the Club’s colours reflect war uniforms worn by medical corps that served in France and Egypt during World War 1. Two of the Club’s founding committeemen in 1931 suggested that the medical corps’ uniform brown should be complemented by a splash of pale blue and become the colours of the Ormond Amateur Football Club.

Thirty-two (32) Ormond players served in World War 2, with one killed in action, Robert (Bob) Flegg. Bob (Ormond No. 14) was a champion goal kicker for the senior A Grade team, after making his debut as an 18 year old in 1937. After four successful seasons with Ormond, he was recruited by the St Kilda Football Club in 1941 and was that club’s leading goal kicker in his first season with 47 goals. Bob was shot down over Germany during a bombing raid in 1944. He was only 25 years of age, taken away whilst still in his prime – Lest We Forget. A further 10 Ormond players have served Australia in subsequent conflicts. 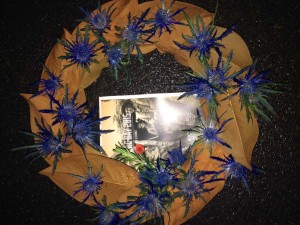 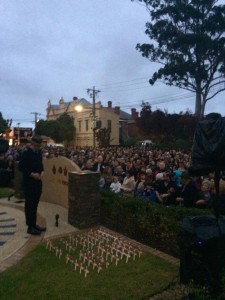 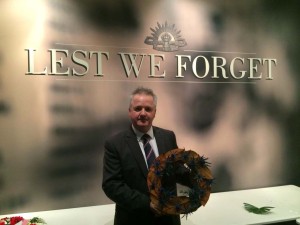 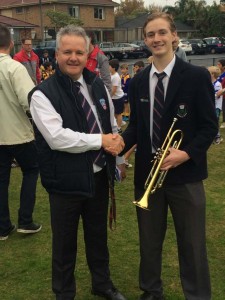 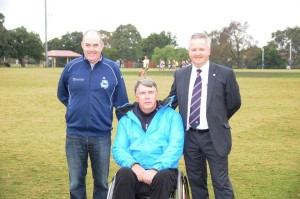 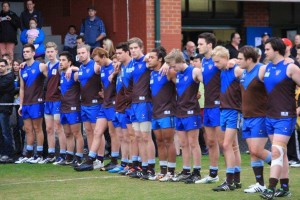 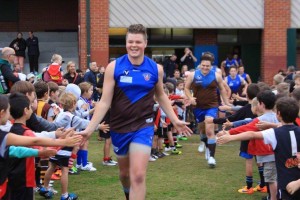 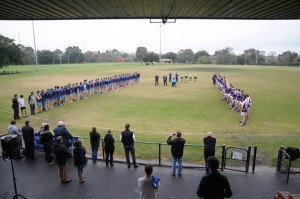 Then it was a short ceremony at EE Gunn Reserve involving the Auskick participants and their parents, and the OAFC and St Bernards U19 teams. The highlight of this ceremony was no doubt the young bugler from McKinnon Secondary College, Daniel Shaw, who expertly played the Last Post and the Rouse. A great moment afterwards was the U19 players re-entering the ground with plenty of high-fives from the excited Auskickers who formed a human race for the players.

Prior to the main match, the senior and reserves players from both Ormond and NOBS/ St Pats together with the umpires and spectators took part in a full ANZAC ceremony, including the flag raising. The service was hosted by the Vice President of the Caulfield RSL, Russell Phillips, and attended by Richard Simon and Tim Purdy, President NOBS/ St Pats. Special mention to Steve Keleher who organised the PA system, which significantly contributed to the staging of the service (and at no cost to the Club).

The final part of the Club’s celebration of the ANZAC Centenary was the awarding of the four ANZAC Medals struck for the day, and awarded to an Ormond player from each of the four teams that competed that day and who displayed the qualities of the Ormond United players’ brand. The winners were: 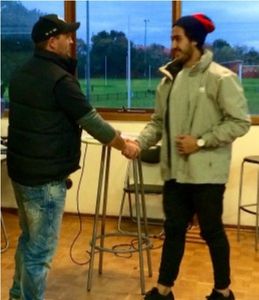 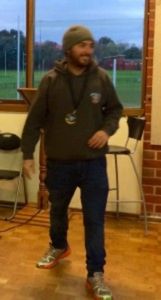 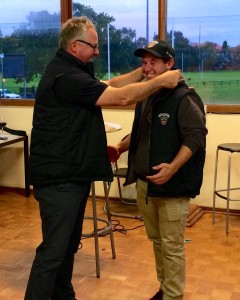 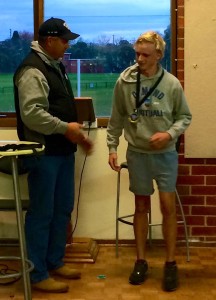