Hawk began his journey as an Ormond player as a junior in the U9s. Along the way, he has enjoyed success on the field, including back-to-back Reserves premierships in 2007 and 2008. Hawk is also a three time Club Best & Fairest, with wins as an U19 player in 2000, and then twice as a Reserves player in 2007 and 2014. And this season his form is as good as ever.

Hawk has a real passion for the ‘brown and blue’, and to reach the 200 game milestone will be right up there with his career highlights.

The affection and high regard that his team mates hold him in was on show in spades before and during his 200th game against Bulleen Templestowe in Round 8 on 30 May. Congratulations, Hawk, from everyone at Ormond. 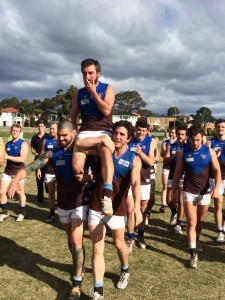 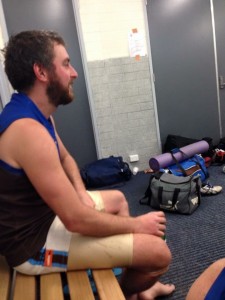