Welcome to Robyn Mason (mother of Sam) and Sally Difford (mother of Nick Edwards). Go to OAFC Committee for the full list of office bearers and general committee members.

Following a comprehensive review of Season 2015, which included input from players, volunteers and supporters, the 2016 Committee has prepared and adopted the Ormond AFC Annual Plan 2016.

The Plan summarises those areas identified by players, volunteers and supporters that the Club performed well in, and also the areas where improvement is required. Based on this feedback, the Committee has pledged to undertake 12 tasks to make the Club a better place for players, volunteers and supporters, and to also grow the offerings of the Club to a broader community base.

I urge you to read the Annual Plan and to understand how we will respond to what you have said about the Ormond AFC, particularly how the Club can improve. The Annual Plan will also be displayed in the clubrooms all season. 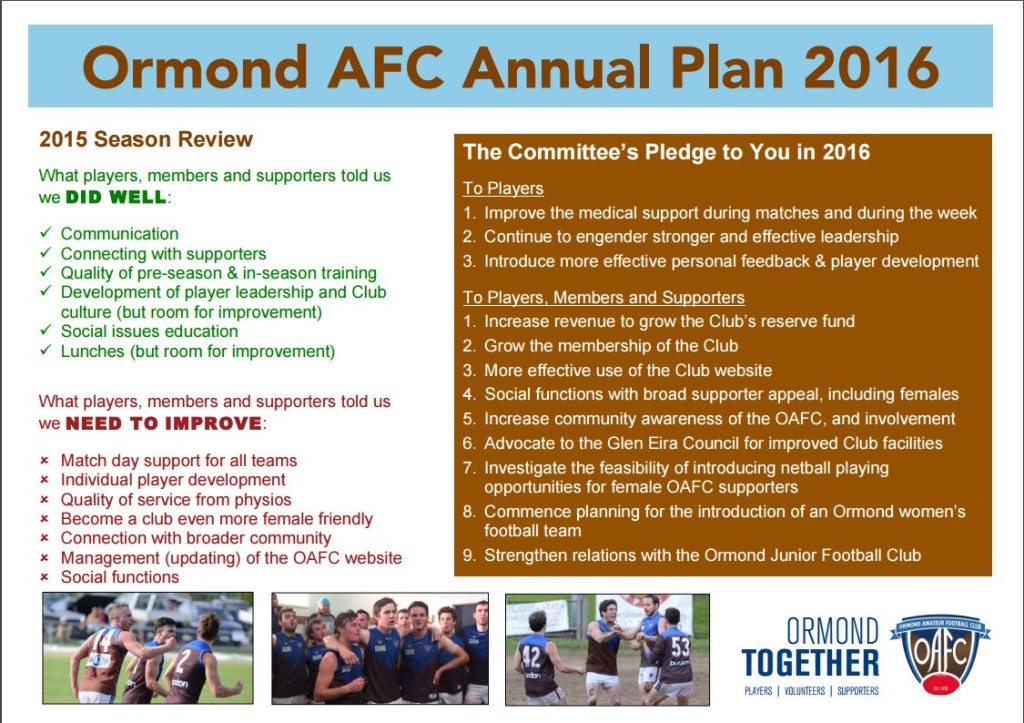